Recently I was provided a copy of this fantastic painting program called Mischief. What makes Mischief unique, amongst painting programs is the fact that it is a vector painting program. What that means is that you can scale your image as large or as small as you want and you will never lose quality. It also has an "infinite canvas" so you can literally paint as much as you want and never have to worry about size. In the Digital Media world, if you are doing any sort of graphic design work, you typically will use a vector program like Adobe Illustrator. The downside of Illustrator, as opposed to a program like Photoshop, which is NOT a vector program, is that you don't have as much freedom when it comes to the organic qualities of a painting program. This is where Mischief comes in. It combines that incredible painting capabilities of a program like Photoshop, while allowing you to do vector work like Illustrator. As someone who dislikes using Illustrator, but needs to do vector work, this was a godsend. 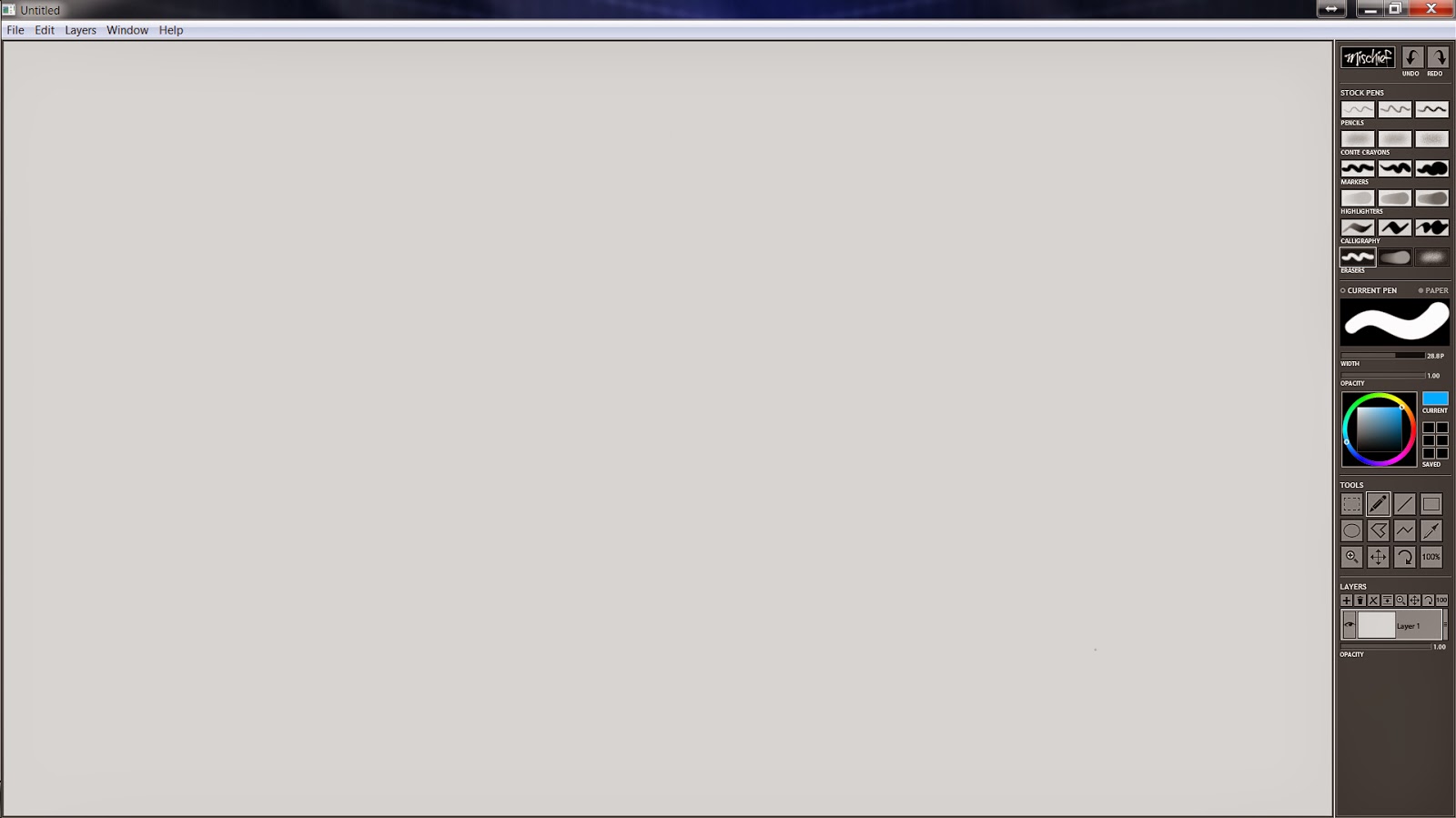 Up until now the only program I've used to paint is Photoshop, so I was excited to give this a try. The layout is pretty simple, with your layers, tools, and brushes all on the right side of the screen. Mischief comes preloaded with a few different digital pens, pencils, markers, highlighter, etc. Below your drawing tools, there is a section called paper, which allows you to choose form a variety of paper textures. This is really cool as it allows you to replicate the feel of working in a traditional medium! For the pens you are also able to control the size and opacity of the pen, along with the color. For the paper, you can control the strength of the texture along with the color. What's interesting about both of these sections is you can save up to 6 different color presets. So if you have certain colors you use all the time, this is a great way to keep them organized. Unfortunately it looks like you are limited to only 6 colors. Additionally if you know the specific Hex key for your color, there is no way to select that specific color, which is a bit of a let down. 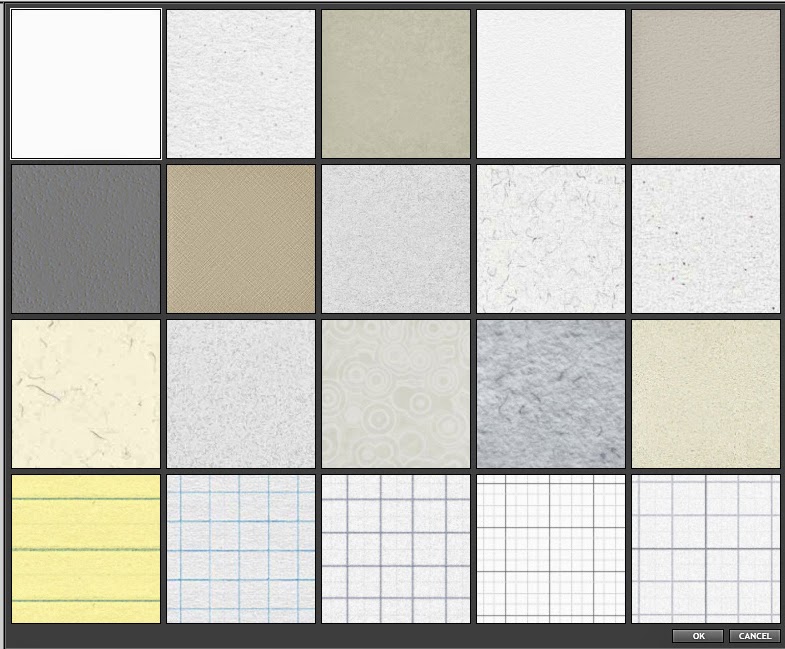 The various paper textures included with the program

Now anyone who knows me knows that when I learn a new program I like to learn all of the hotkeys. Mischief has gone ahead and under the help menu included a nifty little list of all of the programs hotkeys. I was very glad to see this as it made learning to use the program a lot easier! I was also very pleased to see that there were actions already programmed in to flip your layers and you canvas, which is a feature I use quite often! The only shortcut I couldn't seem to find was a shortcut to clear the entire canvas. There is a command to do that under the "Edit" menu, but for some reason there isn't a shortcut. I would have liked to see that included, so perhaps in a future update that can be implemented. One thing that was really nice to see though as a Photoshop user, is that the majority of the hotkeys are the same as those in Photoshop, which made switching between the programs very simple! Now when I opened up the program for the first time, I was a bit confused as I'm used to seeing my brushes when I use them, so I can know what the size is. For some reason the default setting in Mischief is to just use your cursor icon. Now there is a way to fix that, if you go to your preferences, found in the Edit menu, you can change it from the cursor to the pen cursor. There are also options for using a crosshair or nothing at all, but I prefer the pen. In my opinion, I would've made the pen the default, as I feel that's what most people would be accustomed to. One little glitch I have found with the pen cursor is that when you swap from your brush to your eraser, the size of the icon doesn't change. You have to hit your bracket key to make the change. This can be a pain if you are using a large eraser and a small pen, as you might get confused.

One SUPER cool feature that Mischief has is what it refers to as a "See-Thru Window." This turns Mischief transparent so you can see whatever you have open behind the program! This is amazing because if you need to trace something or want to have reference on hand, it turns the program into a light table. I LOVE this feature, and think that it's absolutely brilliant! You can also change the opacity of this feature to suit your needs. 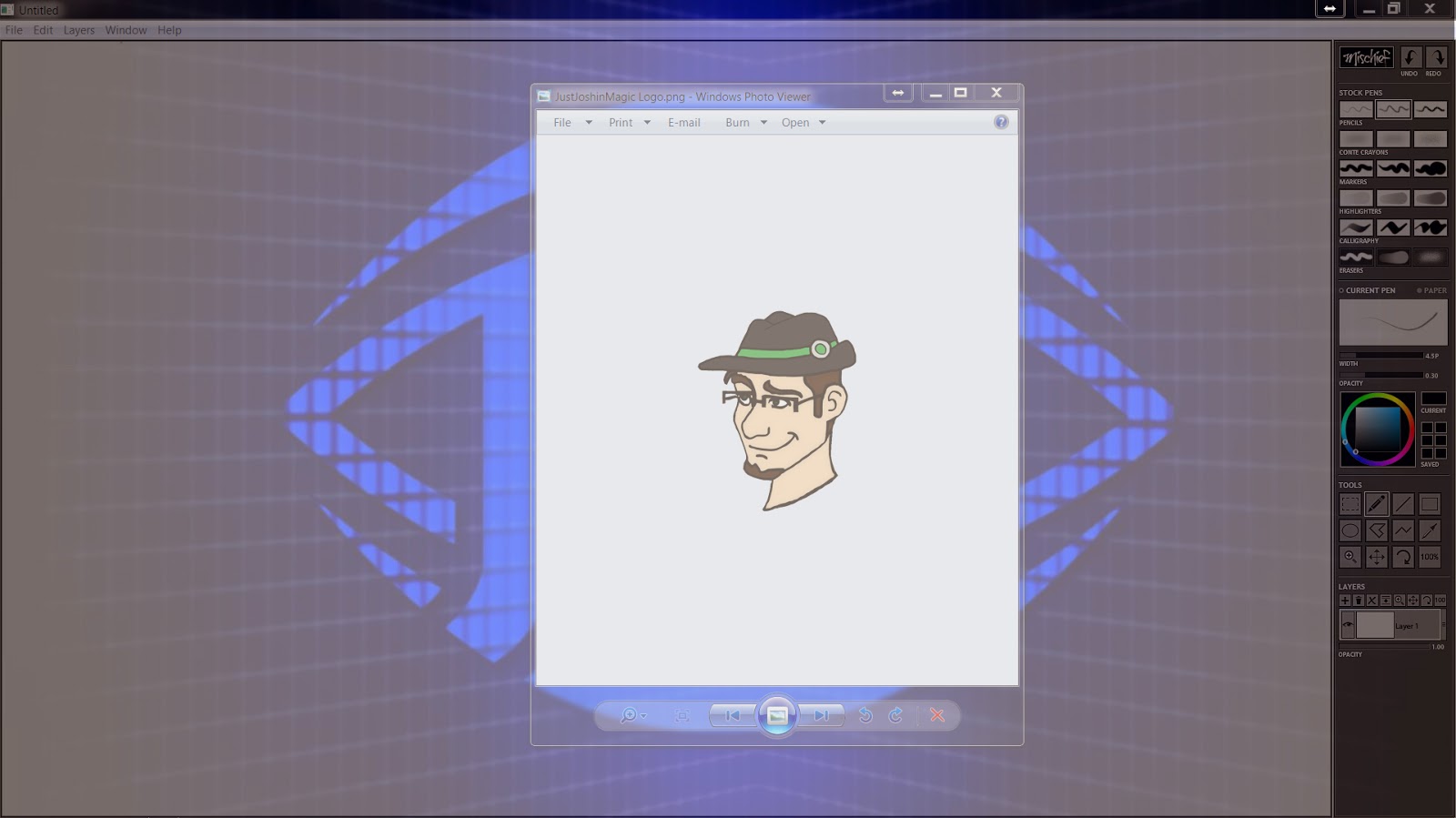 The See-Thru Window in action!

Mischief will allow you to export your entire visible canvas or specific sections of the canvas as either PSDs, JPEGs, or PNGs. You can also import JPEGs directly into the program. Overall I was very happy with Mischief! There were a few minor things that would be nice to have. Perhaps having more brushes, or the ability to add brushes. Also having a dedicated hotkey to clear the canvas would be nice as well. Other than that, I would highly recommend this product! I tested it out on PC but there is a Mac version as well. I also used my Wacom Intuos for this review, not my GT-190, so I will update this review once I'm able to test it with that. You can purchase Mischief at their site for $65. I would give this product an 8.5/10

Here are links to Mischief's site and their social media sites.

As always thanks for stopping by and enjoy!